COVID-19 crisis shook the European manufacturing sector. According to a survey conducted by the European Association of the Machine Tool Industries and related Manufacturing Technologies (CECIMO), this year, the operating rate among many tool producers was, on average, below 50% in March and April, due to the economic lockdown measures imposed by governments to combat the pandemic. The current crisis may, however, also offer a window of opportunity to improve production efficiency of manufacturing companies, which represent 34 million people contributing to about 14.5 % of the total GDP of the EU.

The challenge: tackling machine ageing to improve efficiency and competitiveness

Ageing of manufacturing machines and operational processes, as well as factory infrastructure (cranes, tanks, mobile or storage platforms and any other relevant tools), is one of the most critical factors of the production chain efficiency. “Ageing influences how well similar companies can compete on the market,” says Nieves Murillo, a project manager at TECNALIA, a multi-sectorial research institution that develops IoT physical and virtual technologies for the digital transformation in the manufacturing, transport and energy sectors.

“Factories struggling with frequent machinery shutdowns end up making products that cost more to produce. Their quality and quantity may also be affected.” 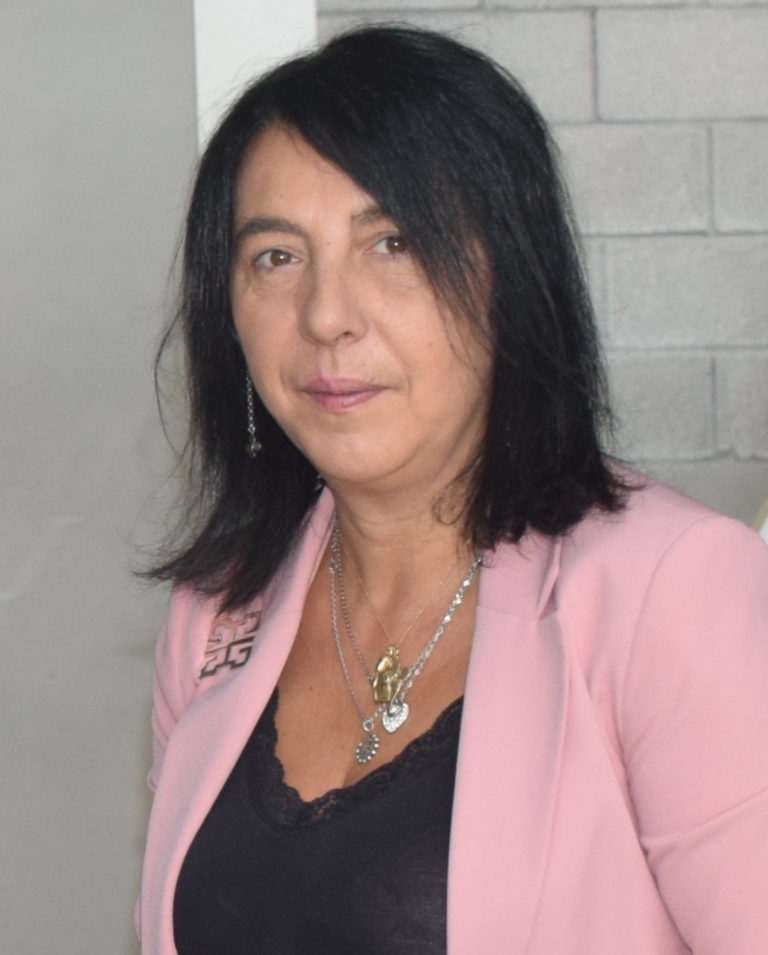 According to Murillo, obsolescence is another issue, which is even worse than ageing. This happens when well-functioning machines need to be replaced anyhow because they cannot be used within modern digital production lines as a result of lack of interoperability between industrial computers and human interfaces. “Technology is advancing fast through automation, Industrial Internet of Things (IIoT), robotics, cloud computing, AI, and most industries struggle to keep up,” seconds Rosaria Rossini, a researcher from LINKS, an Italian foundation committed to developing innovative technologies and processes to address the challenges of digital transformation. ”By the time the researching, getting approval, purchasing and installing new technology are done, a faster and better solution may have already emerged,” adds Rossini.

Technological upgrading may be quite hard for some companies amid the global economic crisis due to the Covid-19 pandemic. Investments required to refurbish factories through replacing obsolete machines may fail, thus undermining companies’ success in a highly competitive market. “Sectors with high production ratios, specialised in low-price goods, based on traditional and artisan methods, are the most at risk,” says Murillo.

Ageing also makes factories less sustainable. “So far the impact of ageing machinery on waste generation and carbon footprint has not been studied thoroughly but it is becoming increasingly important. When raw materials, manpower and energy resources are not used efficiently, more waste is produced and higher costs are incurred,” says Murillo.

“Sustainability is also a key factor in competitiveness. Sustainable industrial processes and waste management are fundamental for ensuring a high environmental protection, which is increasingly perceived as an important aspect in a company performance rating." 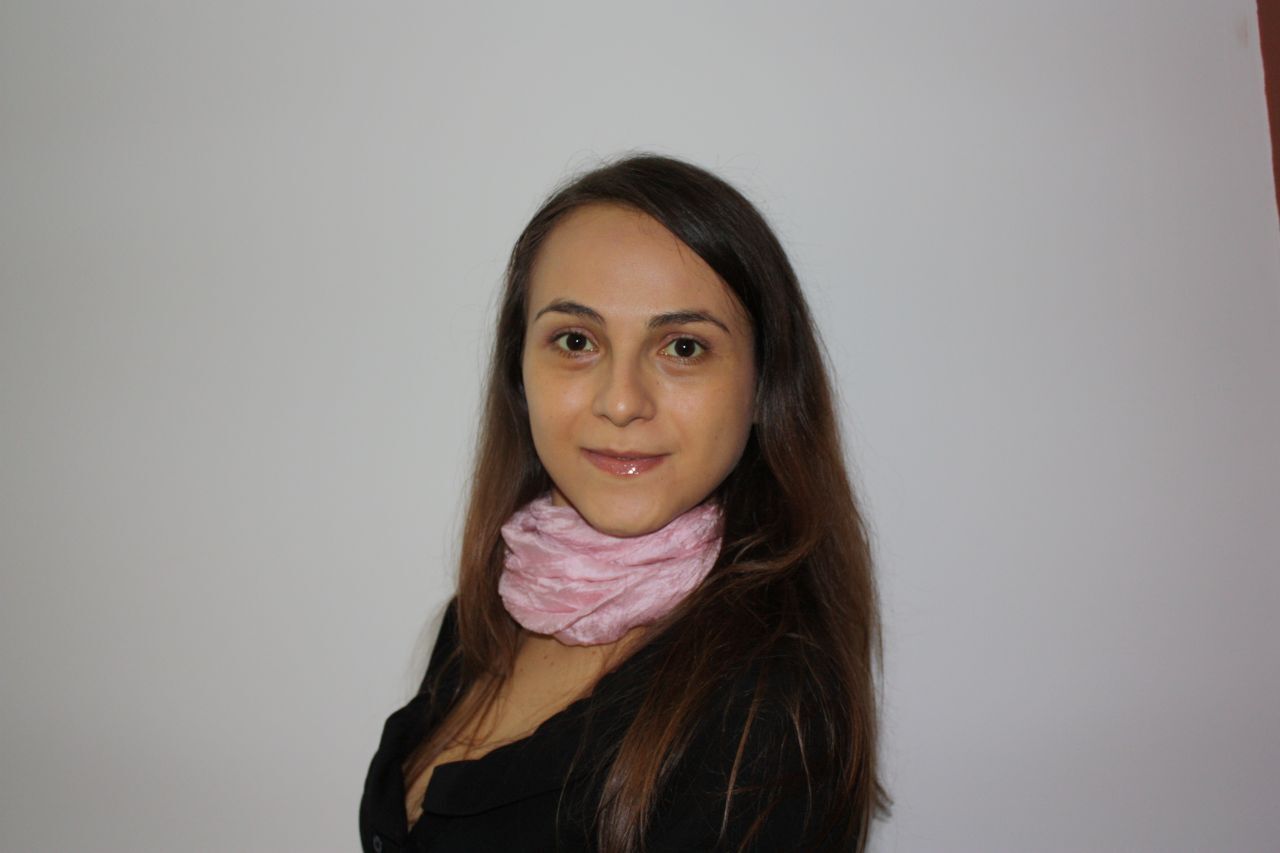 Experts agree that being competitive means being prepared for and resilient to market changes. Companies need to apply the right physical and digital tools to avoid machine failures, shutdown or obsolescence. “To remain competitive, the manufacturing industry must continually master ever-changing lot sizes and speed up innovation cycles in an economically reasonable way,” says Dr. Sebastian Schröck from the Corporate Sector Research and Advance Engineering at Robert Bosch GmbH. “Forecasting demand and supply, optimising processes by reducing costs and improving efficiency without compromising the quality of the product is a big challenge at plants”, comments Rossini. Smart and heterogeneous IoT sensors, new versatile and functional industrial PC or Human Interface Machines, combined with the Machine Learning and AI models, could help companies to be ready for a competitive future. Those factories that monitor their machinery can react faster to potential problems and are better positioned to adapt their production line to market demand. If companies maintain their products and materials for longer, they reduce their overall carbon footprint. “IoT and Smart Factories, together with circular economy, are the pillars for the long-term prosperity of companies,” adds Murillo.

In this context, industrial manufacturers need to rely on powerful tools for upgrading their machinery. IIoT and the Smart Factory are seen by experts as two pillars of the next generation of factories.

A predictive and preventive machine maintenance strategy requires a deep understanding of the data. “IoT devices provide the data from the machines while digital analytics allows us to make sense of it,” says Rossini. IoT and Data Analytics support the circular economy paradigm through the automated detection of scrap material levels, which helps to improve management and create new business optimisation strategies. Applying predictive control on the machines helps to improve their maintenance and performance.

Based on digital analytics technologies, RECLAIM will develop a decision support framework for the ageing machines, which are approaching the end of their ‘designed time’. These machines typically break down more often, which leads to loss and delays in production. The framework will rely on analysis and decision-making strategies created for the specific machinery. It will help to assess health status and provide guidance on how to extend the machinery’s lifetime.

This decision support framework will be based on different criteria (e.g. maintenance costs, performance metrics, etc.), supported by an information repository and advanced services such as cost modelling, a financial analysis toolkit, digital twin simulation for fault diagnosis toolkit, optimisation toolkit for refurbishment and re-manufacturing planning and, finally, a prognostic and health management toolkit. 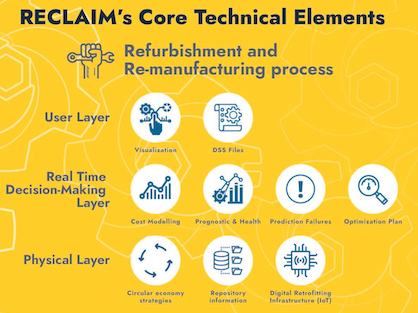 The main strength of RECLAIM tools is the combination of smart IoT sensors with industrial PCs and controllers, algorithms, models and digital twins. This complex infrastructure can generate modular solutions to meet the specific needs of any manufacturer of industrial plants and it can offer non-intrusive mechanisms to monitor machine functioning. “These tools enable a rethink of the factory facilities through interconnecting them and converting analogic plants into digital ones,” says Murillo.

Which digital tools are available for the industry?

According to the experts, digitalisation can offer solutions to a large number of manufacturing sectors.

“All RECLAIM consortium members are currently working in their labs and workshops to develop and implement new tools to prevent and mitigate machine ageing in a number of pilot areas,” says Murillo.

The digital twin-based fault diagnosis and predictive maintenance solution developed by LINKS is used both to create a virtual replica of the factory environment and monitor and predict the performance and status of factory assets. The final user will have all features needed to schedule the interventions on the machines or anticipate possible failures. As the tool is very flexible and scalable, it can be easily adapted to specific domains. While the infrastructure is ready, dedicated AI algorithms and simulation environments need to be prepared specifically for the pilot applications.

New applications will soon be available for different sectors

“The sectors which will benefit the most from machine re-usability are those with highly standardised processes and with only marginal changes from one product generation to the next,” says Dr. Sebastian Schröck.

The impact of RECLAIM tools is still under exploration and the results will come in the next few years. “We expect that, based on some of the RECLAIM tools, factories could make their decision 30% faster through adopting the best recovery strategy,” says Murillo. Another important outcome will be automated and digital production lines and machines, with a projected 20% drop in shutdowns due to failing machine components. Furthermore, more time and money will be saved, and machines will last for longer and be more efficient. The machinery effectiveness will increase by 90%, with the consequent reduction in CO2 emissions.

RECLAIM solutions will not be massively rolled out during the project’s lifetime. Rather the project partners will bring them to the market as part of their exploitation and IP strategies. Nevertheless, the project partners expect that RECLAIM applications will start to appear on the market in the coming years, either as new products launched by the SMEs which are members of the consortium or as start-ups.

RECLAIM tools will be available for all project partners’ industrial sectors. “White goods, footwear, wood furniture, friction welding and original equipment and home textile manufacturing are the sectors where the project will demonstrate the benefits of RECLAIM tools. The scope is infinite,” says Murillo. For example, similarities exist in terms of machinery, components and production lines between a textile bleaching plant, cellulose manufacturing and the robotic cells in the automotive sector.

Murillo stresses the wide range of potential applications. “For example, traditional sectors such as furniture and footwear manufacturing combine modern production lines with traditional cultural heritage and craftsmanship,” she says. “The nexus between these two worlds, modern and traditional, could be merged into digitalisation through using new algorithms and sensors. Also, sectors where robustness and eco-sustainability are under the spotlight of governments and users have the opportunity to use digitalisation to achieve these important goals. Moreover, production in important sectors, such as textiles, has been transferred to countries with lower production costs. Having tools to optimise production lines could make the EU’s textile plants smarter and competitive, thus reversing this trend.”

This project has received funding from the European Union’s Horizon 2020 research and innovation programme under grant agreement N°869884.​